ow don’t get me wrong I don’t mind some glitter but really!  As you know we had taken the decorations down and put them away, including all our Christmas cards.  and I put them aside to make sure I had replied to the notes.  However almost all the cards we received this year, and they were lovely, had glitter on them!!!!!!!  We always recycle them by shredding them and by the time I had finished, I was covered in glitter, our den (the office) was covered in glitter, the floor was covered in glitter and so was Treacle!!!!!!!  It was everywhere!!!!

I must admit when I buy our cards I always ensure they don’t have glitter on as it does send me a bit OCD about it!!!!!

I managed to get most of it up with the vacuum cleaner and I did brush Treacle off but I am still finding it!  I think I will be finding it until next Christmas! 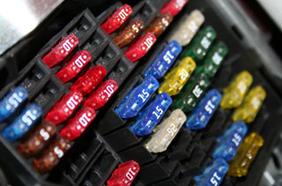 Today we have been playing Cars!!!!!  Youngest’s car needed his dash camera fitting and Eldest’s needed his adjusting, so DH has been taking cars to the electrical man and I have been collecting him and then going back again!  It has been fun!!!!!!  This was after I had been to our local Doctor’s surgery for a blood test (just a check up) and had to wait for twenty minutes past my appointment time as the Nurse was late!  you just get days like that!

Do you suffer from nuisance calls?  Well here is a tip from DH (it only works if it is an actual person calling and not the machines!) whatever they ask you, just reply you don’t have whatever it is.  So today an unsolicited call came in and they asked if we have any phones(!)   The obvious answer is “well of course we do you are calling me”! but no DH says to the caller no we don’t have any phones!  It took the person about five minutes before she gave up!!!!  The other month he had a caller wanting to talk to him about hearing aids, so when he said this DH said “Pardon?” and kept saying this until the caller realised he was being wound up!!!!!!

The other more serious one is when the callers pretend to be Microsoft support and try and persuade you to give them money to repair a fault, which of course you don’t have.  This happened to an acquaintance of ours and it caused no end of problems.  DH’s response when they say they are from Microsoft – he says he is from Microsoft’s fraud department!  They soon ring off!!!!!!

However the best response was told on a radio show.  The owner of the home was sick and tired of these types of calls and the next one he received the caller asked if he was the home owner he said no he was the CSI Officer who was dealing with the dead body in the home!!!!!!!  The caller rang off very quickly!  If every DH gets these calls diverted from home to the car and the Boys are with us they are in stitches in the back listening to it all!!!!

Tonight and tomorrow night is swimming and jobs to be done over the weekend and DH and Youngest are out on Saturday evening at an event announcing.  I am DEFINITELY going to get some quilting done this weekend!!!!!!  I have made a stand on this!!!!!!!

How is your Thursday going?  Happy I hope!

Mom, stop typing so much you are disturbing my sleep!!!!!!

2 thoughts on “Glitter! Oh My Goodness.”